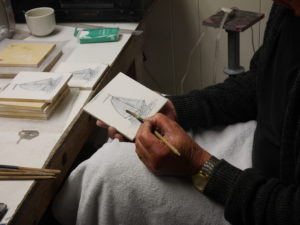 Harlingen is in the north of the Netherlands. It’s a very pretty, large town. We are here on Sunday, when most businesses are closed, and it’s a nice change after bustling, noisy, dirty Amsterdam. We visited the only remaining factory where Delft tiles are hand made and hand painted. The gentleman painting the tile above has been doing this for 45 years. 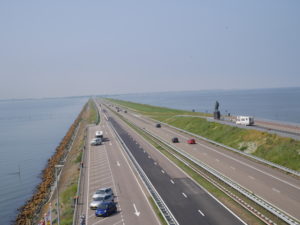 Our tour also included a trip along the dike, built to separate fresh water from salt and provide protection from flooding to a large part of the country, which is 1/4 below sea level. 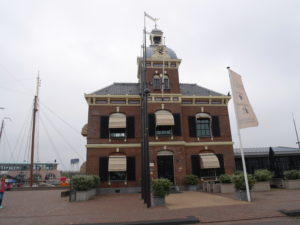 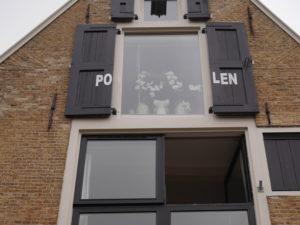 There were several old warehouses which were labeled with the countries the goods came from. This one is Poland, next door was Russia, across the street Java and Sumatra. 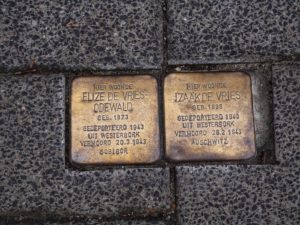 After WWII, the residents of Harlingen placed metal plates in the sidewalk outside the houses of residents who were sent off to concentration camps and who never returned… 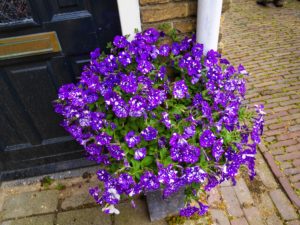 Someone in Harlingen had beautiful flowers outside their house.