Heard of the Kiel Canal? We hadn’t… It was constructed in the late 19th century and cuts east-west through northern Germany, so ships can avoid going all the way north around Denmark to travel between the North Sea and the Baltic Sea. Large cruise ships can’t go through it, as there are several bridges over the canal and the ships are too tall to pass under them. Our little Star Breeze (438 feet, 212 passengers) fit just fine. We spent the entire day cruising through the canal. 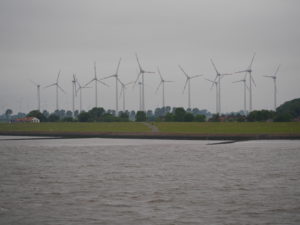 Old Dutch windmills are good tourist draws, but the modern ones are more useful. 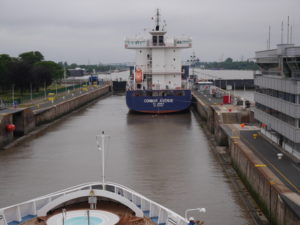 The Star Breeze entering the lock, preparing to go through the 98 km canal. The canal is fresh water, fed by rivers. So the water in the lock is kept slightly higher than the seas. That way the downward pressure when the lock is opened keeps the salt water out of the canal. 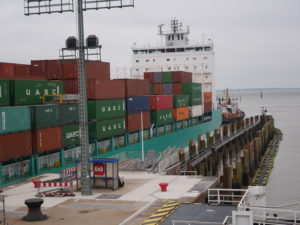 A container ship in the lock next to ours. We didn’t see any other pleasure boats in the canal. 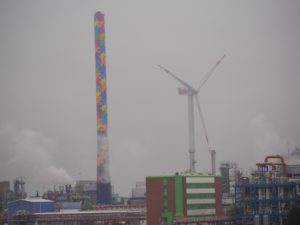 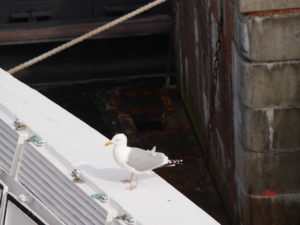 This little guy joined us for quite a while as we waited in the outgoing lock. 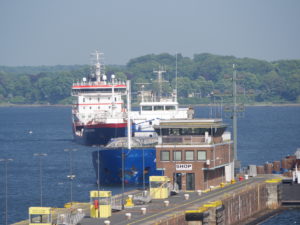 Exiting the canal on our way to Copenhagen.