The capital of Finland was a big change after St. Petersburg. But the weather was lovely again. 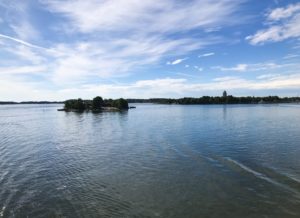 Here’s the port with the Evangelical Lutheran Cathedral in the background. 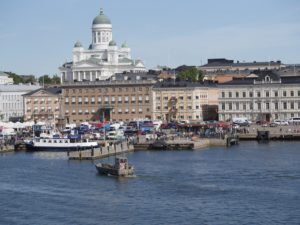 The cathedral was stark in comparison with the ones we’ve seen in the two days we spent in Russia. But the organ pipes were pretty.

Our tour guide told us that Finland was recently named the happiest country in the world. But, she said, we are a serious looking people. There were two more matching guys on the other side of this building. She told us that they represent the four emotions. The first guy is happy, the second sad, the third angry and the fourth fearful. Or, perhaps, the other way around 🙂 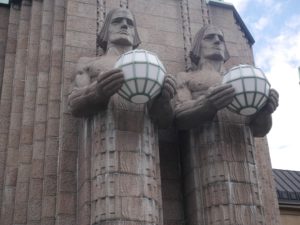