In this lesson, we will use a scene built by Dreamlight.  It is called La Piazza Realistic Mediterranean Town, and was originally built for Daz3d.  I exported it out of Daz3d as an FBX file and then imported it into Maya.  I then replaced the materials on the central tower in the scene with a mia_material that is colored a light tan.  We will only look at a piece of the scene.

The mia_material has a special setting called Ambient Occlusion: 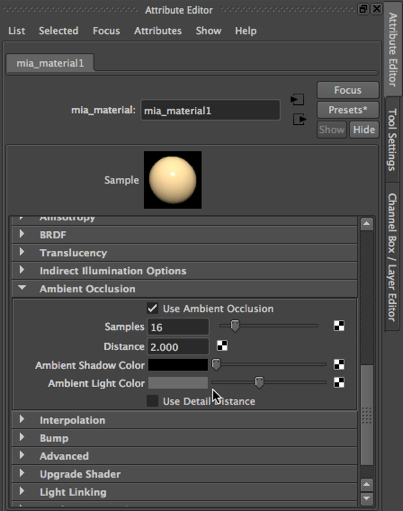 Here is the rendered scene, using mental ray, and with Ambient Occlusion on the mia_material settings not checked off: 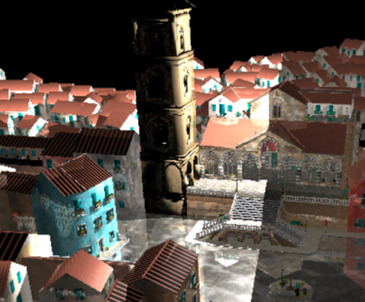 Note that the left face of the tower is hidden in shadow.

Here is the same scene with ambient occlusion turned on: 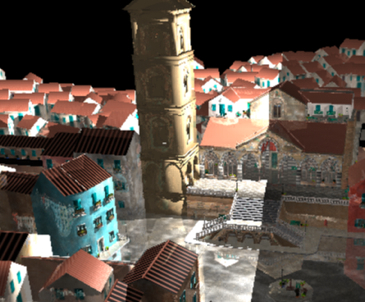 Note that now, we can seem much of the detail on the left face of the tower.

Importantly, remember that ambient occlusion is a property of the material that is on the tower.  The rest of the scene does not have a mia_material on it. By turning on ambient occlusion, we are telling the mental ray renderer to not let the strong spotlight that falls on the right side of the building wash out the right side and cast the left side into shadow. Importantly, there is a second light in the scene, an ambient light.  When we turn on ambient occlusion, we are telling Maya to pay less attention to the spotlight and to let the effects of ambient light effect the material.

With only ambient light and without ambient occlusion.

Now, here is a rendering where the spotlight has been turned off and ambient occlusion on the mia_material is turned off.  Left click to enlarge it: 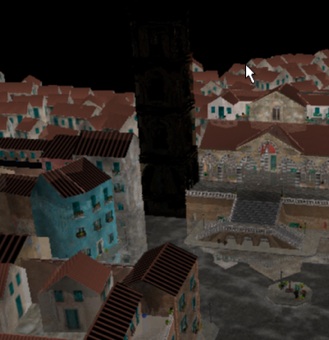 Wow!  it turns out that the mia_material, without ambient occlusion, will not accept the effects of ambient light. 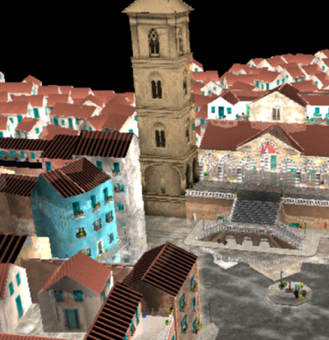 A proper rendering.
Because my manipulation of this scene does not do the artist’s work justice, here is a rendering of the center of the original scene, created by the Daz3D renderer.  Left click on the image to enlarge it: 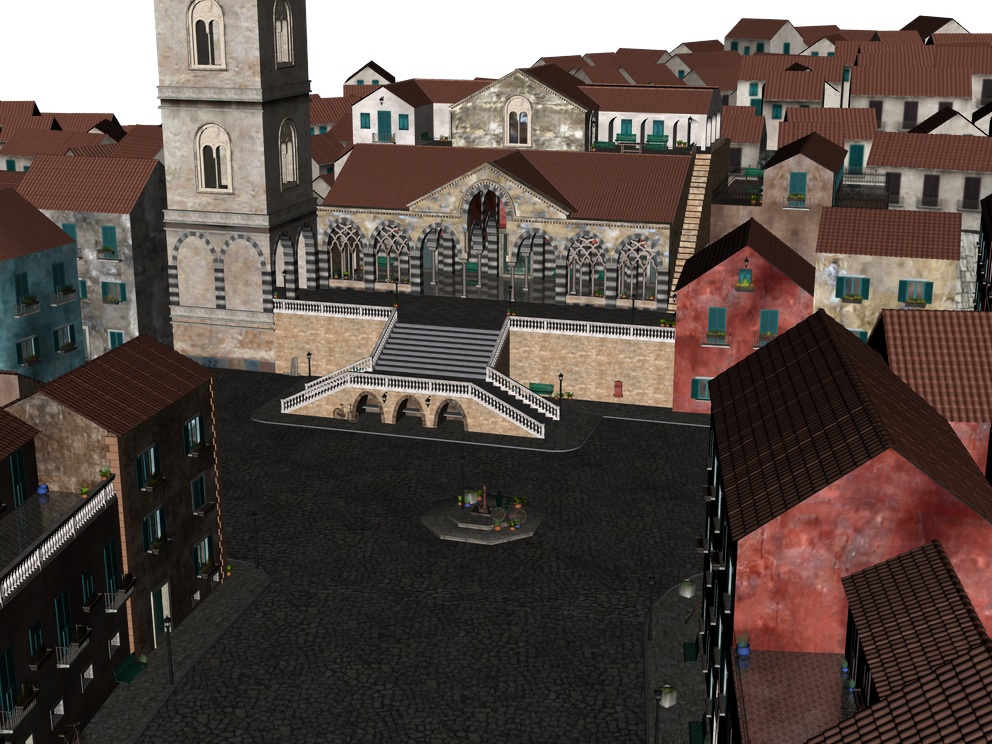