The spotlight and its attributes.

In the video tutorials on 3DbyBuzz, we make use of spotlights, but we are limited mostly to adjusting the Cone Angle attribute and the Intensity attribute.  Here, we will look at two other important attributes: Penumbra and Dropoff.

Three lights in the closet.

We will use the closet scene we have seen several times in the tutorials and on this blog. Here are the lights in the scene (shown in the Hypershade, by going to Window, and choosing Rendering Editors).  There are two soft point lights inside the closet and a spotlight positioned outside the closet and pointing directly at it.  The spotlight has a cone angle of 94. 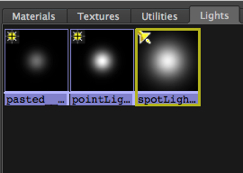 Below is the Attribute Editor that pops up if we select the spotlight in the Main window and then hit a control-a once or twice. 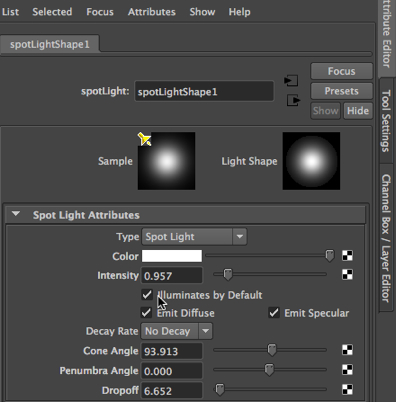 So, just what is Penumbra?

The penumbra is the part of a shadow where some light makes it past whatever is casting the shadow.  It is a softer, gray shadow around the edges. So, we see below that a larger penumbra setting gives us a more gradual edge to the spotlight. And likewise, a penumbra of 0 creates a harsh edge to the light.  Without penumbra, there is no grayish zone.

Below, the Penumbra is set to 10 and the Dropoff at 0. 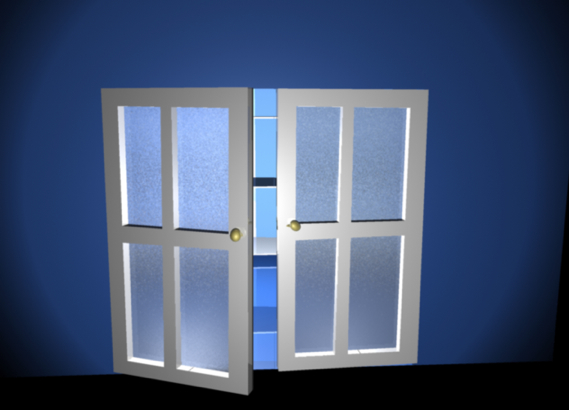 Below, the Penumbra is set to 0 and the Dropoff at 0. 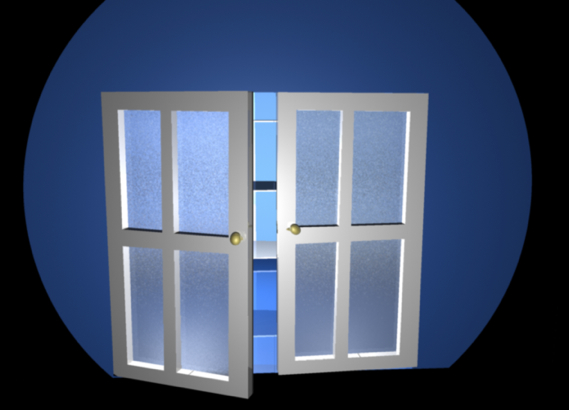 –
Below, the Penumbra is set to 10 and the Dropoff at 94.
We add a drop off setting here in order to point out that the rate at which the light degrades as it moves through space also has a very powerful impact on the shadows cast by a light.  This is done by limiting the amount of light that touches an object. 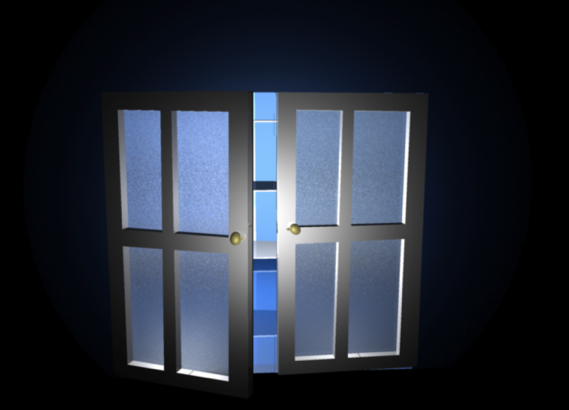