In the video tutorials on 3DbyBuzz we took several looks at shadows and how they root objects in a scene so that they don’t seem to be floating in the air.

Here, we look at adjusting the resolution of a shadow. First, we create a Directional light by going to Window on the top menu, choosing Rendering Editors, and selecting Hypershade.  Then, inside the Hypershade window, we choose Create, then Lights, then Directional Light. Directional lights are meant to model sunlight, i.e., light that is moving in parallel rays across the scene. With the light selected, we then hit control-a once or twice, until the Attribute Editor of the light appears. We set the shadow Resolution to 512 and choose Depth Map shadows: 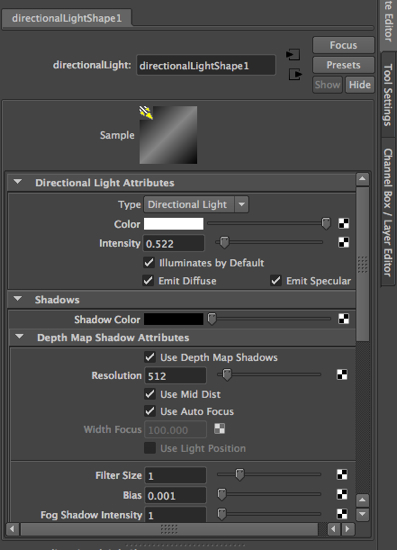 Then we render our scene, which consists of a glass bottle sitting on a countertop: 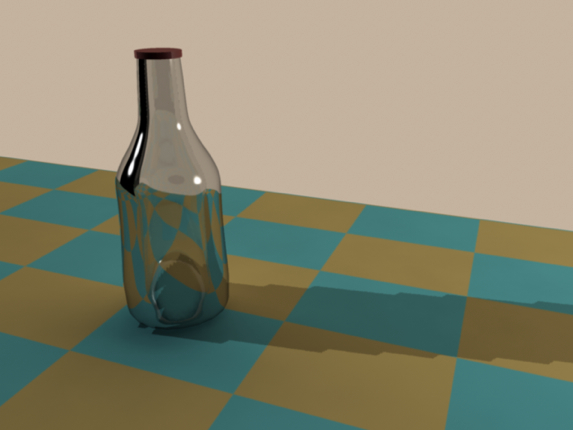 We see that the shadow of the bottle is quite jagged.
So, we change the resolution to 4096: 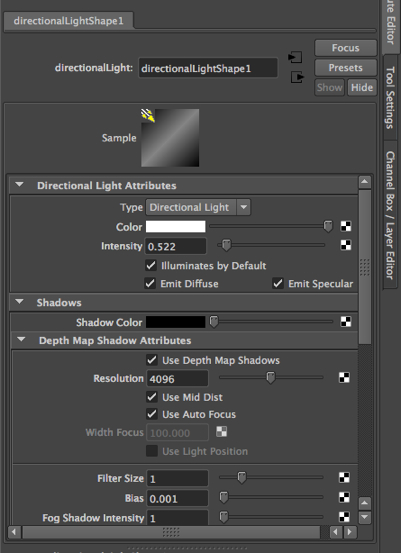 We render the scene again: 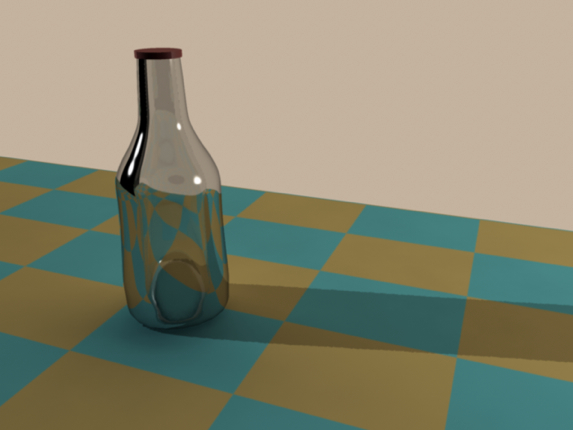 The shadow is much smoother now.

–
Notes.
The renderings were made with the Mental Ray renderer within Maya.
Depth map shadows, as we have seen in the video tutorials on 3DbyBuzz, are sharper than the alternative, Ray Trace shadows.
Finally, it’s important to note that a Directional light, because it is spread across the entire scene, usually needs a higher shadow resolution than other lights in Maya.