Bodrum has been a port town since at least the 11th century B.C. One of the Seven Wonders of the Ancient World was here – the Mausoleum of Halicarnassus (turns out the word comes from King Mausolus), built in the 4th century B.C. But in the 15th century A.D., the Knights of Saint John – same guys who ran Rhodes, our last stop – dismantled the mausoleum to build their Castle of St. Peter.

Our guide in Bodrum described the town as the St. Tropez of Turkey. Americans mostly come here on cruises, but many wealthy Europeans have second homes here on the Turkish coast. These boats, called gulets, are made right here in the area. 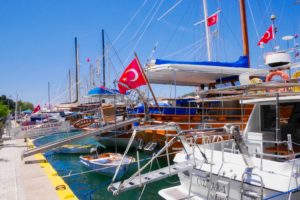 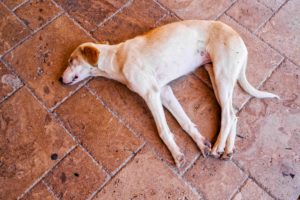 The Museum of Underwater Archeology is housed in the castle. Contrary to our initial guess, one doesn’t go underwater to see the museum. It is rather the foremost museum in the world devoted to finds from shipwrecks, dating back as far as the 14th century B.C. This chalice is from a 3400 year old shipwreck, which also held a gold scarab inscribed with the name Nefertiti – the ancient Egyptian queen. 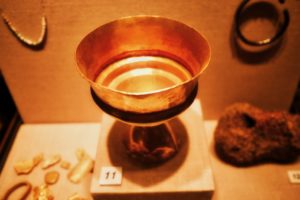 The castle grounds feature samples of almost every flora found in the Mediterranean. 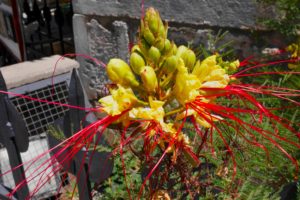 After our aerobic hike around the castle and museum, we are chilling at the ship this afternoon. Today is the second day that the sports deck is open (because the ship is anchored, not at the dock). But I (Wendy) have already crossed Kayaking in the Mediterranean Sea off my bucket list – the pic is from Sunday in Mykonos – and so my water sports plan now is to go sit in the jacuzzi. 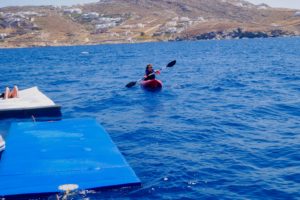