In the tutorial videos on 3DbyBuzz, we have looked at the use of deformers to alter that shape of an object, either for the sake of creating the model itself or to deform and thereby animate the shape of an object over a series of frames.

In this posting we look at a deformer we have not examined yet: the Lattice deformer. The deformers can be found by setting the Main Menu Selector on the upper left hand side of the Main Maya window to Animation.  We then go to the Create Deformers dropdown. We choose Lattice Deformer: 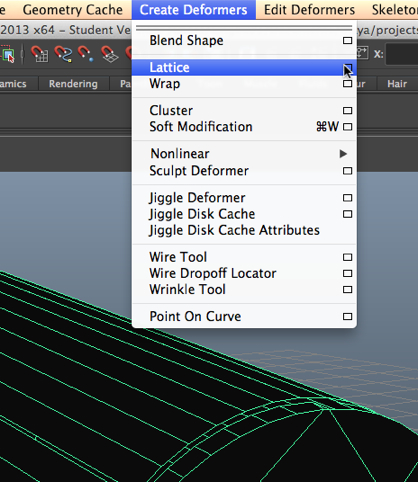 Here are the settings for the tool, which we get if we click on the little square box to the right of the Lattice entry on the Create Deformers dropdown: 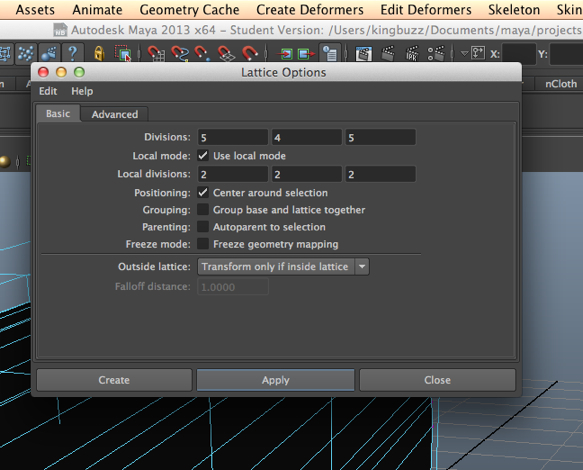 Notice that there is an advantage to manipulating the mailbox via a lattice deformer instead of by manipulating the wireframe of the object itself: we can control the area over the surface of our mailbox that is deformed by adjusting the divisions and other settings of the deformer – and not by actually altering the density of geometry of the object. 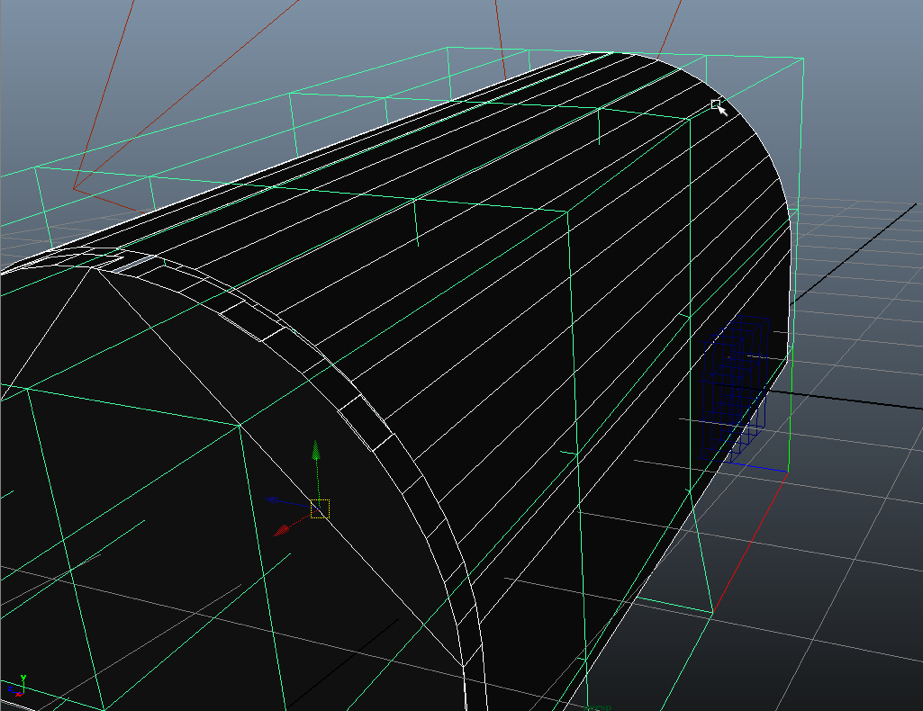 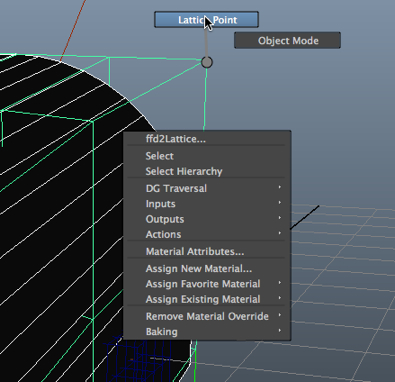 The result.
After we move the lattice points, we get: 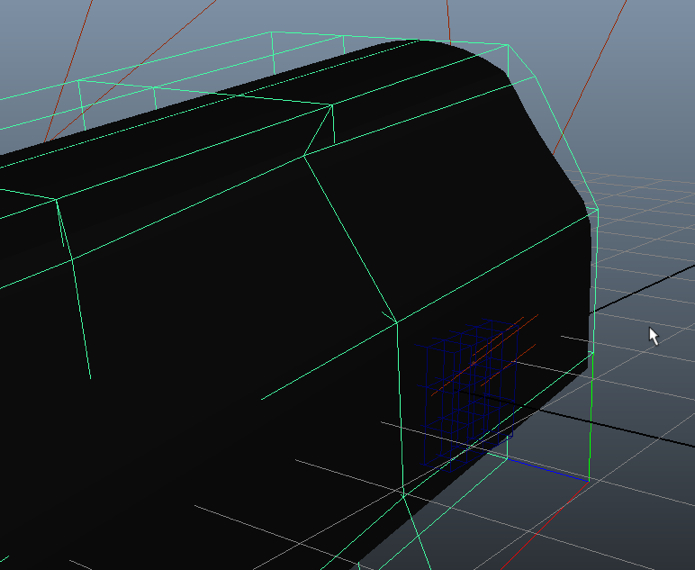 A note on the deformer tool.
Here are the tabs that appear when we create the lattice deformer.  Note that there is a tab named ffd2Lattice.  (The 2 merely means that this is the second lattice deformer I created in the scene.)
When you change the shape of the lattice by moving lattice points around, you change the values under the ffd2Lattice tab, and this in turn alters the shape of the model.  You can update the values under the tab (instead of moving points around) and this will alter the model. 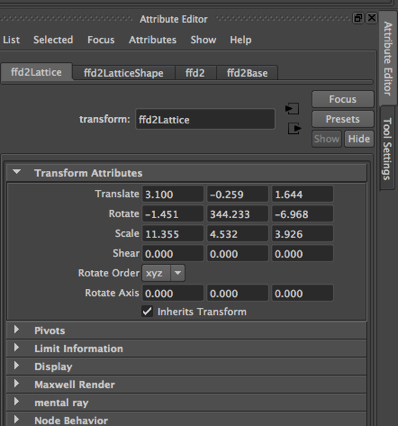